This episode was made possible by: 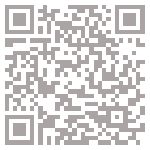 Welcome to Episode 2 of the INDIEHOUSE SF Podcast. Join us each episode as we get to know the SF film community, one filmmaker at a time.

Director Jennifer M. Kroot is a seasoned documentary filmmaker. Her feature length documentary, To Be Takei, a portrait of actor/activist George Takei (Star Trek), premiered at the 2014 Sundance Film Festival and was released theatrically by Starz Digital in August 2014 to critical acclaim. Her feature documentary, It Came From Kuchar, following cult filmmaking duo George and Mike Kuchar, premiered at the 2009 South by Southwest Film Festival.

Kroot brings a background in underground filmmaking to her documentaries, and uses that sensibility to create surprises within her stories. Her tales incorporate shifts in pace and tone that allow a fluid and engaging structure. Kroot focuses on the humanity of her subjects, keeping their stories accessible and unpretentious.

She has received grants from the Andy Warhol Foundation, Creative Work Fund, Frameline, the Pacific Pioneer Fund, California Civil Liberties Public Education Program and the Fleishhacker Foundation. Kroot is a Bay Area native and studied film at The San Francisco Art Institute (SFAI), where she taught film. She has been a guest lecturer at Stanford and Denver University.

Two things Jennifer loves are cats and the ESPN documentary series on OJ Simpson (which she has watched at least 3 times).

THE UNTOLD TALES OF ARMISTEAD MAUPIN celebrates one of the world’s most beloved storytellers, following his evolution from a conservative son of the Old South into a gay rights pioneer whose novels inspired millions to re-claim their lives.

THE UNTOLD TALES OF ARMISTEAD MAUPIN premiered at SxSW in 2017.

Raissa Reis is interning at Indiehouse SF while she completes her last semester at the University of San Francisco. She is earning her bachelor’s degree in English and Media Studies, and she hopes to pursue a career in the television industry.

Brittany is interning with IndieHouse SF while she attends the University of San Francisco as a Media Studies major and a General Business Minor. She hopes to pursue a career in the film or television industry.

Jackie Grieff is a freelance editor and After Affects designer. She is working on her first documentary.

Jason Wolos is a producer, director, and cameraman who runs Fine Dining Video Productions. He has produced and shot numerous projects for major corporations, film festivals, and independent productions that have screened on platforms from the Sundance Channel to 60 Minutes to Netflix, as well as many film festivals.

This year he launched IndieHouseSF, a resource space for independent filmmakers and the independent filming community in San Francisco. He has two scripts and a video podcast in development.

Robert Elvin holds degrees from the University of Minnesota (BA), City College of San Francisco (AA) and the San Francisco Art Institute (BFA). He has photographed and filmed in the Bay Area since 1983. Since 1988 he has been a lighting instructor at various institutions including the San Francisco Photography Center, Rayko Photo Center and The Academy of Art.

For the last ten years he has worked primarily with motion picture lighting and has been the principal technical support person for Photographers Lighting in San Francisco. Bob has also appeared in the credits of numerous independent productions; most recently Coffee and Languages’ production “Love and Demons” in 2014 and “reVisions”,  released in October of 2016.

Shane King has spent 20 years honing his production and editing skills working in the corporate, broadcast, nonprofit and documentary worlds. He’s used his prodigiously artful eye for everything from run and gun shoots, to 40 person crews on location in downtown San Francisco.

Shane is also one of the owner/operators at Mission Pictures.

Dan is an award winning media producer & technology innovator. You may have seen one of his indie feature films – the most recent of which, reVisions, recently had it’s world premiere in SF – or used the services from one of the institutions at which he has done pioneering work.

Feneyda is interning with IndieHouse while she attends University of San Francisco for Media Studies and Film.

Tommy is interning with IndieHouse while attending University of San Francisco.